1 of 3: An introduction to Microsoft Storage Spaces

This is the first of three guest articles on Microsoft Storage Spaces by Elena Pakhomova of www.ReclaiMe.com specializing in data recovery solutions for various storage devices. Elena has significant expertise with storage systems, including home and enterprise NAS/RAID units.

Storage Spaces was first introduced in Microsoft Server 2012 as a then-new and  powerful tool to manage most storage devices connected to a PC. Since then the updated version was released where, on the one hand, some limitations found in the first version were eliminated and, on the other hand, new functionality was added. Storage Spaces is also available to Windows 8 users.

So, let’s discuss Storage Spaces, its main advantages, and problems you may encounter when working with it.

With Storage Spaces, you can combine disks of different parameters and characteristics into a single storage. For example, you can have rotational hard drives and SSDs in the same pool, disks connected via USB and SATA, not to mention disks of different vendors and form-factors.

At first glance, it may seem that such a storage system will provide low performance; however, measurements show that performance is not that bad, at least in simple and mirrored configurations.

Another interesting thing is that Storage Spaces pools can be shared between many servers.

– Pool:
The set of physical disks over which virtual disks (spaces) are created.

– Space:
A virtual disk created on the disks in a pool. Something that from the software point of view looks like a typical disk, while actually it has complex structure, powered by the Storage Spaces driver and probably several different physical disks.

– Slab:
Each physical disk in a pool is sliced into 256MB parts called slabs. The Storage Spaces driver allocates disk space for the data in these slabs.

– Thin provisioning:
There is a new capability implemented in Storage Spaces using which you can create storage with the capacity more than physically available.

For example, if you have two 2TB disks you can combine them into a pool and then create a 50TB thin-provisioned virtual disk. As soon as physically available disk space runs out, Storage Spaces asks you to add more disks. Note that it can be done on-the-fly without stopping the system and rebuilding. The largest capacity of the two, which is visible to the operating system, is called “advertised size”.

Note that it is not necessary to use this capability because you always have the opportunity to create a virtual disk with fixed size (fixed-provisioned space). Such aspace cannot exceed physically available capacity.

The chart shows the configuration where four disks are combined into the pool on which then two different thin-provisioned spaces are created.

In the example in the picture, one space is 20TB and the other 50TB.

Virtual disks created on the Storage Spaces pools can be one of the following types:

Thus, as you can see, all the Storage Spaces layouts except simple provide redundancy.

Tandem of ReFS and Storage Spaces provides so called resilience to failure. Let’s see what this means.

Then, depending on the layout you are using, there are two possible scenarios:

Let’s emphasize it once again that all the above is not applicable for the NTFS formatted volumes.

This is the first of a series of articles devoting to Storage Spaces. In the next article, we will discuss the basic aspects you should take into account when creating your own Storage Spaces server.

Mathieu: Thank you Elena of www.ReclaiMe.com for this first article in the series on Microsoft Storage Space. Make sure to check back soon for the 2nd and 3rd parts of this series.

Everyone, make sure to leave your questions, comments and suggestions in the comments section below. 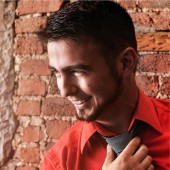 Hardware Revolution Founder - Computer hardware expert with 19 years of experience researching, building, fixing and modifying computers."When I was a teenager, I developed a fascination for PC hardware. I love writing and I enjoy helping people find the best computer hardware possible for their needs and budget.In 2008, with the excellent advanced WordPress customization, technical, security and servers services provided by Marie-Lynn Richard, I launched Hardware Revolution. Click here to learn more about me and Hardware Revolution.

Help me: Why won’t my newly assembled PC start or boot?

These are affiliate links. At no additional cost to you, I may earn a commission. As an Amazon Affiliate I earn from qualifying purchases.